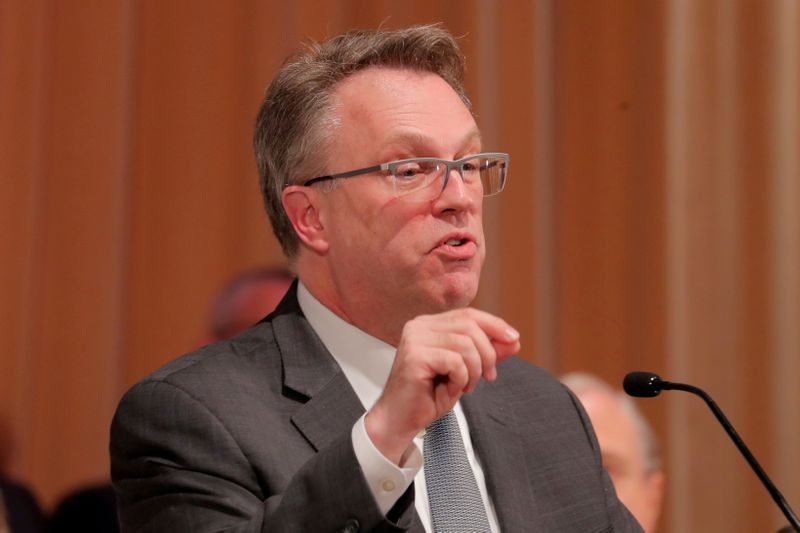 © Reuters. FILE PHOTO: John C. Williams, president and CEO of the Federal Reserve Bank of New York speaks to the Economic Club of New York in the Manhattan borough of New York

(Reuters) – The U.S. economy is now affected more by swings in coronavirus infections than it is by restrictions on certain activities, and a surge in infections could slow growth, New York Federal Reserve Bank President John Williams (NYSE:) said on Wednesday.

“If COVID spreads rapidly that’s going to hurt the economy,” Williams said during a virtual event organized by the Society for Advancing Business Editing and Writing.

Positive news in the development of a potential vaccine bodes well for the economy, which has rebounded more strongly than anticipated, Williams said. “Overall, I’m feeling somewhat more optimistic,” he said.

Still, it could be a few years before the economy fully recovers from the hit it took during the pandemic, Williams said. The U.S. unemployment rate declined to 6.9% in October after surging to 14.7% in the spring at the height of the shutdowns caused by the pandemic. But the economy is still short 10 million jobs when compared to February and some people have dropped out of the labor force to care for children or after struggling to find work. “We are still in a severe recession,” he said.

Millions of Americans are also at risk of losing unemployment benefits in late December unless Congress acts to extend pandemic programs.

The loss of government aid that has been supporting households and small businesses could slow the recovery because people won’t have as much money to spend, Williams said.

The Fed official reiterated that the U.S. central bank is going to use all of its tools to help the economy get back to “full strength” and limit scarring.

China Lands a Probe on Moon as It Pursues Space Ambitions