These are the best Cyber Monday deals under $50 today 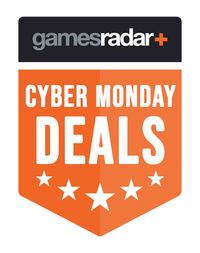 Picking through the Cyber Monday gaming deals can be a bit disappointing when you’re strapped for cash, so we’ve gathered the best Cyber Monday deals for under $50 to help you treat yourself and feel financially responsible at the same time. Cyber Monday is just getting started, so the sub-$50 deals space will only get better in the days ahead.

Because the free upgrade to the next-gen version is coming for free next year, this is much too good an offer to pass up. You can also get the same offer on the PlayStation edition of the game.

Get one of the best PS4 games of all time, which was also the ultimate Game of the Year winner at this year’s Golden Joystick awards, for half-off. The Last of Us remains one of the most iconic games of the previous console generation, and it’s a story that deserves to be experienced.View Deal

Nintendo games rarely go on sale, so it’s no surprise that the few Cyber Monday Switch deals are going fast. You can still get the delightful remake of Link’s Awakening for 33% off though, and this is one of the best games and deals available for Switch this year. View Deal

This iconic headset has always been fantastic, so being able to get it for almost half price is a bargain. Seriously, this is one of the better gaming headsets we’ve used – it comes highly recommended, particularly because that’s its lowest ever price.

CDKeys can always be relied on for good deals, but this is better than we’d expected. You’re getting a massive 50% off a full year of PS Plus, and that’s a rare occurrence. Snap this offer up before it vanishes! And remember, it can be stacked on top of your existing membership.

Razer DeathAdder Essential | $29.99 at Amazon US

The DeathAdder is a Razer classic. More than ten million of them have been sold so far, a testament to the mouse’s use no matter what kind of game you’re playing – its 6,400 DPI optical sensor can be changed on the fly between customizable presets to ensure that it’s always up to the task. And at $20 off, this is one of the best mice out there at an excellent price.

All that adventuring through the Mushroom Kingdom probably tires Mario out, so his house is the perfect place to get some R&R. Although Mario himself isn’t included within this set, his faithful steed Yoshi is.

Head to the wasteland in this tabletop version of the beloved video game series. As an RPG board game, it allows you to explore post-apocalyptic America, complete quests, build up a reputation with various factions, and collect shiny, shiny loot. Happily, it’s also possible to play alone if you’d rather roam solo. There’s an expansion on offer to broaden your post-apocalyptic horizons, too. In other words? This is perfect for Fallout fans.

The classic Xbox controller gets an overhaul with an updated design, customizable button mapping, and easy switching between Xbox consoles, PC, and android.

The smaller Echo Dot isn’t gonna rock your walls, but it’s more than enough for a cozy night in. Get the adorable Echo Dot at a whopping 42% off with this can’t-miss Black Friday deal.View Deal

Want more offers? Be sure to check out our Cyber Monday deals 2020 feed. When the sale gets started, it’ll be stuffed with the very best reductions and discounts. You can also check out the best Cyber Monday Lego deals, Cyber Monday gaming laptop offers, and Cyber Monday board game deals via our dedicated guides.

The Partnership: How The Mother-Son Bond Between Sophia Loren And Director Edoardo Ponti Led To The Screen Icon’s Most Moving Role In ‘The Life Ahead’

What’s On Keean Johnson And Madeline Brewer’s Own Ultimate Playlist Of Noise?

What’s On Keean Johnson And Madeline Brewer’s Own Ultimate Playlist Of Noise?